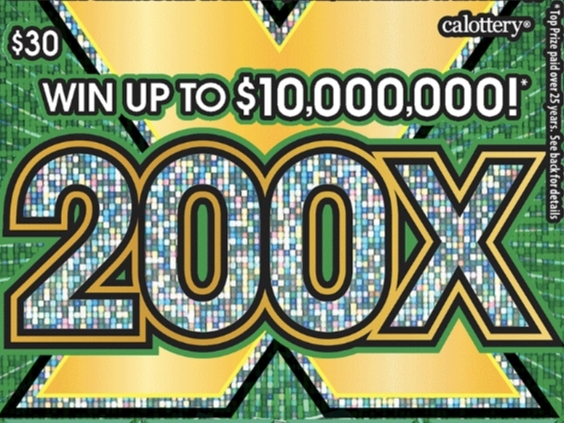 SACRAMENTO — Fate recently nabbed a Los Angeles woman, literally pushing her into a lottery vending machine and a $10 million jackpot.

It happened at a Vons supermarket in Tarzana in November. LaQuedra Edwards had just put $40 into a California Lottery Scratchers vending machine and was beginning to select her ticket when “a rude person” bumped into her, she said.

“He just pushed me around, didn’t say anything, and just walked through the door,” Edwards told California Lottery officials.

To make matters worse, the impact forced her to press the wrong button, selecting a $30 Scratchers ticket 200X that she had no intention of buying. Edwards remembers being irritated because she had spent so much money on a single ticket instead of her usual little favourites.

She felt rather uneasy as she walked to her car. She didn’t wait until she got home to scratch the accidental Scratcher. She did it in the parking lot. Still, she couldn’t believe her eyes when she discovered the $10 million prize.

“I didn’t really believe it at first, but I got on the 405 freeway and kept looking at (the ticket) and almost crashed my car,” Edwards said. “I stopped, watched it over and over, scanned it with my app, and kept thinking it couldn’t be true.”

“I’m still in shock. All I remember saying once I found out how much I’d just won was, ‘I’m rich!'” Edwards said recently as he collected his winnings.

She plans to use the money to buy a house and start a nonprofit, turning this fateful push into a force for good.