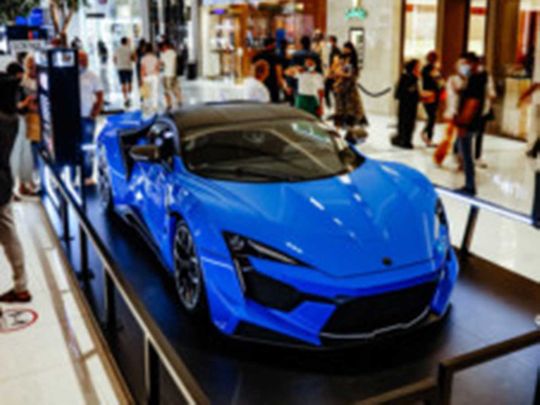 Dubai: One buyer won a supercar worth 6 million dirhams while another won 1 million air miles in a raffle, the Dubai Mall reported.

The Dubai Supercar Raffle gave residents and visitors the chance to win a Fenyr SuperSport when they purchased the scale model of the supercar for 1,500 Dh.

In addition, shoppers who spent 500 Dh at the Dubai Mall and scanned their receipts using the mall app entered a raffle for 1 million Skywards Miles, were automatically entered into a draw. 14 winners were chosen, each carrying a limited edition scale model of a Fenyr SuperSport. All 14 were eligible to win the 1 million Skywards Miles Grand Prize and also enter the Grand Prize Draw to win Fenyr SuperSport.

The winner of the supercar raffle, Altamimi, had the choice of either racing in the Fenyr SuperSport, worth 6 million Dh, or winning 2 million Dh in cash. He chose to take the money.

The Fenyr SuperSport has been on display across town and most recently at the Dubai Mall, between the Grand Atrium and the Aquarium, with buyers getting a close look at the car. The Dubai Supercar Raffle was organized by Dubai Festivals and Retail Establishment (DFRE).

Ahmad Al Khaja, CEO of Dubai Festivals and Retail Establishment (DFRE), said: â€œW Motors, Idealz and our business partners and DFRE have successfully organized one of the most profitable raffles ever in Dubai, with prizes of ‘worth millions of dirhams won by two lucky buyers. As part of the super giveaway, it was great to see Dubai-based companies such as W Motors and Emirates Airline and iconic retail destinations such as The Dubai Mall, MAF and others showing their full support for their hometown and its retail sector, which is a vital pillar of the economy. The Fenyr SuperSport and the Emirates Skywards Million Miles awarded to lucky winners are synonymous with the city’s ability to reward people in unique ways, further strengthening Dubai’s position as a shopping and leisure destination throughout the world. year.

Ralph R. Debbas, Founder and CEO of W Motors, said: â€œWe are extremely pleased with the outcome of the campaign and honored that the Fenyr SuperSport has been chosen by the Dubai Festival and Retail Establishment as the most profitable raffle in Dubai Shopping. Festival and very proud to be involved in such initiatives by the government, congratulations to the lucky winner. 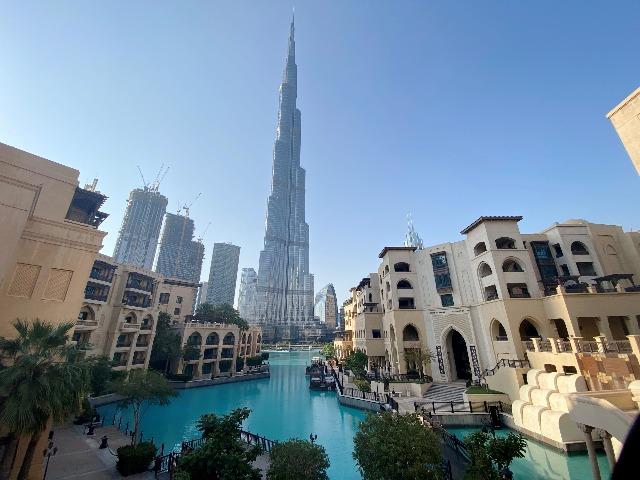