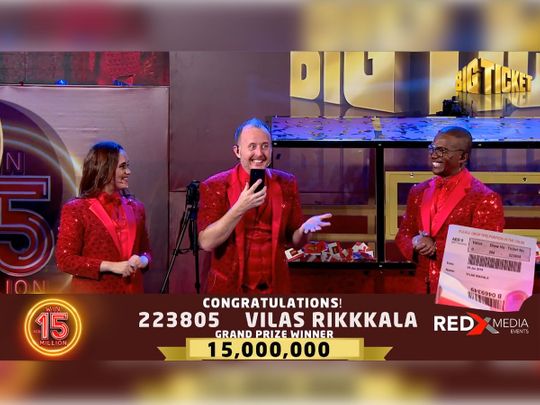 Indian national Vilas Rikkala, from the city of Hyderabad, bought his ticket on July 29.

Rikkala won the draw for the Fantastic 15 Million series 206, drawn on August 3, 2019 in the capital of the United Arab Emirates.

For the winner, it was the surprise of a lifetime when he received a call from the host of the draw, which was held in the arrivals hall of Abu Dhabi Airport.

“You are our biggest winner … Congratulations. We just changed your life,” said Richard, host of the Grand Ticket draw.

â€œI am very happy sir,â€ Rikkala said on the phone after being called by the host.

Here are the other winners.